Abbas Vali’s book “Kurds and The State Iran: The Making of Kurdish Identity”  published by I.B.Tauris in 2011 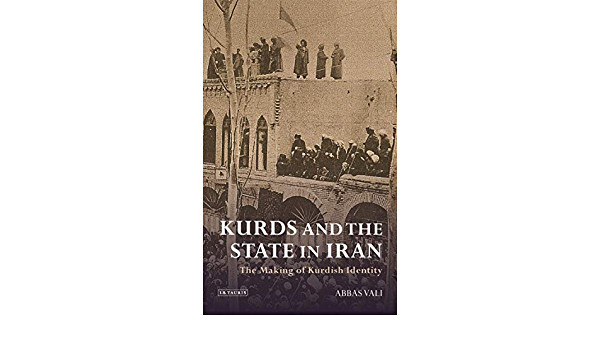 In this study, Abbas Vali’s book “Kurds and The State Iran: The Making of Kurdish Identity”  published by I.B.Tauris in 2011 is examined. Abbas Vali mainly examines the formation of Kurdish nationalism in Iran. The book consists of five chapters. In the first part, the formation and origins of the Kurdish national identity in Iran are explained. In the second part, the emergence of Komeley JK and the road to the Republic of Mahabad are given. Discussions on the establishment and political power of the Republic of Mahabad are in the third part. In the fourth chapter, the uncertainties and inconsistencies in the discourse of the Republic are explained. In the last part, where the conclusion part is included, general evaluations are given.

The book progresses chronologically. The process starting from the Pahlavi period to the collapse of the Mabahad Republic is discussed. The references used in the book are given in detail in the last part. The classification of references in different languages seems to be the result of meticulous work. Methodologically, in-depth case analysis was used, and in the last part, discourse analysis was used. It is an academic book with the boundaries drawn by the book, its theoretical background, methodology and resources. In addition, a simple language that can appeal to all audiences has been used. The terms used are clearly explained.

In the first chapter, the origins of Kurdish nationalism are explained. The origins of Kurdish nationalism in the literature are based on the Sheyh Ubeydullah rebellion. Vali opposes this historicist understanding and says that Kurdish nationalism in Iran emerged with the distorted modernization that developed after Pahlavi absolutism. In this part, Vali explains in detail the modernization of Iran that started in the Pahlavi period and the 1906 constitution. He argues that in this process, national identity was one-sided and that Kurdish nationalism emerged as a reaction to it. However, a Kurdish movement with nationalist tendencies did not emerge in this period. Valli cites the foundations of Kurdish society as the reason for this. The reason for this is the underdeveloped Kurdish regions, where the urban population is small, agriculture and dependent on the landed class. With the modernization process, the disarmament of the tribes and the redefinition of the ownership of the land with political status enabled the Kurds to be included in the political process. There are many reasons why Vali traces the birth of Kurdish nationalism to the Pahlavi period. In this period, it was said that Kurdish was stopped being a written language and wearing local clothes was banned. In short, the cultural values of the Kurds have been trivialized. These policies have brought the Kurds to the position of the “other”. Nationalist thought emerged only in the 1940s. Komeley JK, founded by bourgeois Kurds, is an indicator of this. With the collapse of the Reza Shah regime in 1941, this organization helped to re-establish the Kurdish civil society. Kurdish began to dominate every field again.

In the second part, the transformation of Komeley JK to IKDP (Iranian Kurdish Democratic Party) and the Soviet influence in it are discussed. Komeley JK, a national Kurdish association, later turned into a political party. Here, centre-right nationalist views and Marxist populist views are discussed. According to centre-right nationalists, the Kurds are a pawn and a part of the Soviet game in the formation of the IKDP. According to the Marxist populist view, the Kurds deviated from the Marxist line and betrayed the popular democratic pan. At this point, Valli says that no conclusion can be reached regarding the class structure and interests of the Kurdish middle class. From this point of view, he criticizes the Marxist approach for being reductionist. To use Vali’s terminology, the factors that determine national identity in Iran are the relationship between self and other. Therefore, it cannot be explained by class interest. It is political pragmatism, not ideology, that determines the Soviet-Kurdish relationship. The policy of the Soviets is to maintain social order and political stability. So they developed cooperation with some segments of the local population. Reza Shah’s disarmament of the tribes also laid the groundwork for this cooperation. For the nationalists, the best way to keep the Iranian army out of the region is with Soviet protection. In this section, Vali comes to the following conclusion based on British-American official documents; There is no single and fixed Soviet policy. Soviet policy is shaped according to the circumstances. The relations of the Soviets with Turkey and Iraq also affect these policies. Because the Soviets saw Turkey as a bulwark against German influence. Turkey, on the other hand, was suspicious of Soviet activities in Iranian Kurdistan. Turkey was afraid of creating a destabilizing effect in the East and Southeast. Iraq feared that the growing nationalist movement would destabilize Iraqi Kurdistan. Iraq was pressuring the Soviets to use its influence in this region.

Komeley JK was originally a local political formation. Afterwards, there was intense interest in the organization from the people of Mahabad. Komeley gained strength from this and established political authority and cooperated with tribal landlords and landlords. But it failed to form an institutional base. For this reason, the groundwork was prepared for the formation of the IKDP. Vallı did not enough  include the second world war and the period after it in this section.

In the third part of the book, the establishment and structure of the Mahabad Republic is explained. The Republic of Mahabad was established in 1946 in the south of Azerbaijan, close to the Iranian border. Not recognized by the United Nations. Its institutional structure was created by IKDP. The state was established in the secure environment provided by the Soviet existence. Due to the presence of the Red Army in the north of the Saqız-Bare line, the Iranian army was kept away. According to Vali, this is the only effect of the Soviets on the republic. The Soviets basically do not want the establishment of the republic. However, Gazi Muhammed declared the republic with the support of the people and the pressure of radical nationalists. Here, the main aim of the Soviets is to make the Kurdish nationalists accept the Azerbaijani plan. The plan of the Azeris is that the Kurds become a part of the Azerbaijan republic and live within the local Azeri administration under Iranian rule. IKDP could not withstand the Soviet pressure and signed an agreement with the Azerbaijani government. With this agreement, the Kurds were officially excluded from the process. The Republic came to an end in 1947 with the Soviet withdrawal. Already in his short life, he showed more of an urban management feature. Political authority was provided by small military units and taxes. Taxes are the main source of income. Its social structure is heterogeneous. Landowners loyal to Kurdish nationalism consisted of the urban petty bourgeoisie and the commercial bourgeoisie. The reason why the republic is weak is that it cannot break the bond with the IKDP central committee. This close relationship has led to the fact that the center of power is not in the government, but in the party power. Political authority also has the influence of tribes. Small military units provided by the tribes brought the tribes to an autonomous position. According to Vali, there is a clash of traditional and modernity in its destruction. National identity could not be strengthened.

When it comes to the fourth chapter, the Kurdistan magazine, which was published 113 issues during the legal existence of the IKDP, was examined. Concepts such as Kurdish nationalism, IKDP and the republic of Mahabad such as identity and national identity were discussed through the Kurdistan magazine. In this section, inconsistencies in discourses and actions are emphasized. When we look at the early period, the influence of Persian culture and language is felt. In the following periods, the influence of Persian is decreasing. Komeley JK was given very little space in the published issues. This situation is explained by the Vali as an attempt to remove it from national memory. In this section, the evolution of concepts such as the Kurdish nation, autonomous administration, ethnic nationalism, and anti-imperialism has been analyzed.

As promised, the book explains the formation of Kurdish national identity in Iran. In this respect, it seems sufficient. The concepts of nationalism and identity are adequately explained. According to Valli, the Kurdish national identity in Iran is essentially a modern identity. The self-other relationship emerged with this identity. Using the constructivist approach, the Vali points to the concepts of identity and national identity. But the theoretical part of the book seems weak. The theoretical background could not be filled. The Vali actually tried to institutionalize the differences between identities.

In his critique of modernization in the book, Vali ignores the developmental process of modernity. The centralization and strengthening of authority that he criticizes is essentially the essence of modernity. For this reason, the effort to create a single nation is inevitable. The modernization processes of other countries support this opinion. In addition, the effects of the Second World War and the aftermath in the region have not been sufficiently included in the study. Especially the British and Soviet struggle in the region was ignored. In addition, Vali could not completely break with the historicist understanding that he opposes in the preface of the book.

This study is an academic book with both its style and conceptual framework. Both his explanation of his arguments and theory at the beginning of the book and his references prove this. The relationship it establishes between self and other/other and sovereign power makes the work unique. Of course, the fact that Abbas Vali is from Mahabad and knows the region well is a factor in this. For all this reason, this study makes an important contribution to the literature on Kurdish nationalism.

The perfect dictatorship, amending the constitution to rule…

The return of Benjamin Natanyahoo to power in Israel and the…

Abbas Vali’s book “Kurds and The State Iran: The…

The international Dimensions of US Withdrawal from…

Russia and the Arabs Behind the Scenes in the Middle East…