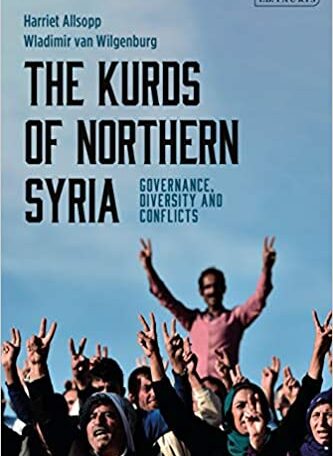 One of the most important developments of the 21st century, which was reflected in the international arena, was the dominant roles of non-state actors or sub-state groups against the state. The reflection of this in Syria, where the Arab Spring change process has turned into a civil war, is the effectiveness gained by the Kurds. In fact, the Kurds, who are far from forming a national unity, are located within the borders of Turkey, Iran, Iraq, and Syria today. While the Kurds were carrying out military and political activities in three countries other than Syria, the Kurds in Syria were under intense state pressure. Among the Kurds in the Middle East, this group is the least known about, many of whom were minorities who were not even Syrian citizens. However, the Syrian Kurds have become decisive players in guiding the path of the Kurdish national struggle after the start of the civil war in Syria in 2011. As a matter of fact, the Kurds, who gained de facto autonomy in northern Syria in 2012, managed to rule about one-third of Syria after destroying the ISIS caliphate with the support of the US-led coalition. Well, how did the Syrian Kurds, who are the most passive of the Kurdish groups, and there is not much information about them, have evolved into this situation? What kind of structure did they create in northern Syria? What does autonomous structure mean? What is its importance for Kurds and different ethnic groups?

All these questions and the most enlightening study on the Syrian Kurds appear in this book. First of all, when we look at the authors; Harriet Allsopp is an expert who conducts research on the Middle East, focusing mainly on Syria and Kurdish politics. Dutch journalist Wladimir van Wilgenburg, who lives in Erbil, the capital of the Iraqi Kurdistan Regional Government, mainly writes about Kurdistan. Both authors, who are experts on Kurds and Kurdistan, make an important contribution to the literature by directing their lenses to the Syrian Kurds in this book. The book aims to explain the evolution of Kurdish politics in Northern Syria. In this context, the authors detail the origins of the Syrian Kurdish political parties, which have been suppressed for decades by successive Syrian regimes, from the late 1950s to the present day when the autonomy system was established. Next, the book examines the development of comprehensive, semi-autonomous governance structures dominated by the (Kurdish) Democratic Union Party (PYD) in northern Syria in terms of identity and representation. The authors have conducted field research as a method, and benefit from the surveys they conducted in Northern Syria in the spring-summer 2016 period (p. 2-3).  The most important aspect of this book that makes it different from its counterparts is that most of the book is based on original research. Because field studies and surveys from Northeast Syria provide readers with valuable information on what residents living under the PYD-led system think about management and governance.

We learn from the book that the socio-cultural, ideological and security dominance of the PYD in Northern Syria has caused conflicts with other Kurdish political parties in the region, especially with the main opposition bloc, the KNC (Kurdish National Council). According to the book, the PYD’s dominance causes mixed reactions to the party, especially on issues such as democratic practice, education, and compulsory military service. Results from surveys and additional interviews with party officials provide valuable information on perceptions, beliefs, views, and preferences about political ideology, religion, women’s rights, democracy, and party systems among Syrian Kurds.

The book consists of six chapters. In the first part, the authors examine the formation process of Kurdish identity and political representation. In the second part, Allsopp and Wilgenburg compare Kurdish political parties in Syria from 1957 to the present. In the third chapter, the authors examine the formation of the federal structure, that is, democratic autonomy, in Northern Syria under the leadership of the PYD. In this section, People’s Defense Units (YPG), Women’s Protection Units (YPJ), and Syrian Democratic Forces (SDG) are analyzed. In the fourth chapter, the authors examine the issue of identity and representation in the project of democratic autonomy. Here, Allsopp and Wilgenburg give a reflection of public opinion on transformations in identity, representation of different groups such as women, and the system. In the fifth chapter, the authors analyze the roles of regional and international actors. Finally, the sixth section explains the self-government expectations of the Kurds.

The first part paints a general picture of identity and representation among Syrian Kurds before the civil war that began in Syria in 2011. The authors describe the history of Kurdish politics in Syria and look at the influence of factors such as tribe, family, state, ideology, and religion on the formation of Kurdish identity in Syria. In this context, they summarize how Syrian and non-Syrian Kurdish political parties reinforce Kurdish support and shape Kurdish identity in Syria. They discuss various disagreements between these parties.

In the second part, a comparison is made between the two of these parties, which are the main rivals in Northern Syria today, the dominant power of the autonomous administration, the PYD, and the Kurdish National Council (KNC). The authors look at their ideologies, goals, political practices, and alliance formations inside and outside Syria and detail the balance of power between them. In this context, the authors argue that analyzing where these political blocs converge or diverge provides a basis for examining how they respond to the representational structures and identity presented to the Syrian Kurds. The authors also describe the blocs’ search for leadership and legitimacy among the Syrian Kurds in the post-2011 period.

The third section, which focuses on the PYD-led administration in Northern Syria, it addresses the development of the autonomy project through various institutions, branches, and public services, and points out the different obstacles to the development of the project. In this context, it is explained by looking at the organizational structures and the representations within them, and by attributing the changes in their structure and identity to the gradual expansion of its political and military power. Although councils and communes, education, media, economy, and security were informative enough, health care and economic issues should have been covered in more detail.

In the fourth part, the authors discuss the experience of democratic self-government and the changing perceptions of identity and representation among Syrian Kurds. In this discussion, the authors include survey data in their analysis. The book offers a unique window into views on Democratic self-government, its experiences with the model of direct democracy, and how and why it influenced ideas about identity during the crisis in Syria, and the perception of Kurdish ideas about identity and representation. In this way, the authors illuminate complex views about governance structures and prospects for self-government in Syria. Interestingly, the authors point out that the PYD is actually conducting its political struggle away from ethnic grounds. Because the PYD is trying to promote a multicultural and gender-equal society according to its secular, left-wing ideology. In addition, the PYD is trying to increase its legitimacy among its non-Kurdish local, regional and international neighbors. The authors also do not avoid criticizing the methods of the PYD in realizing a social and political revolution.

In chapter five, the authors raise the level of analysis above the state and analyze the role of regional and international actors in shaping the form and legitimacy claims of organizations representing Syrian Kurds. In particular, the authors examine the impact of other Kurdish political parties in Iraq and Turkey on identity formation. In addition, Allsopp and Wilgenburg detail how regional and international states affect the balance of power in Syria, their impact on the administration of the Kurdish regions, and their impact on the future representation of the Kurds in Syria.  The authors explain that the current relations of Syrian Kurds with other Kurdish parties, both in Syria and in neighboring countries, are extremely fragile and difficult.  As a result, the authors conclude that both regional and international actors are ultimately only interested in exploiting the Kurds militarily and politically.

Allsopp and Wilgenburg, in the sixth chapter, which gives an overall analysis of the previous chapters, lists the successes and failures of the various representative organizations and structures operating in Syria, and the conclusions and recommendations on possible scenarios for future challenges. In particular, the authors provide an informative, policy-oriented assessment of the various future scenarios that Syrian Kurds may find themselves in.

All in all, the book makes an important contribution to the literature on the history and current development of the Kurds in Syria. In this context, it is an important reference book for those who want to have an idea about the developments in the Middle East and especially in Northern Syria. However, not enough information was given about the methodology used in the research in the introduction. More details on research methodology and surveys could have been given. On the other hand, giving detailed maps of the region was helpful in concretizing the subjects.

Abbas Vali’s book “Kurds and The State Iran: The Making of Kurdish Identity”  published by I.B.Tauris in 2011

The Melting of the American-built Armies: Will Iraqi Army face Afghan Army’s future

Abbas Vali’s book “Kurds and The State Iran: The Making of Kurdish…

The perfect dictatorship, amending the constitution to rule…

The return of Benjamin Natanyahoo to power in Israel and the…

Abbas Vali’s book “Kurds and The State Iran: The…

The international Dimensions of US Withdrawal from…

Russia and the Arabs Behind the Scenes in the Middle East…